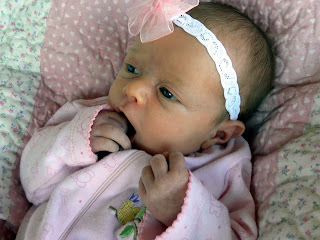 Okay, I want to be clear from the outset that this post is going to obtain grossness. If you are a mom, you will completely understand and sympathize, but if you’re a teenager and possibly a dad, you might, well, not want to finish reading this. No worries, this is a G-rated blog but when you’re talking babies, it doesn’t get too much grosser than this.

It all started at Macey’s grocery store, where I’d gone to get my seventh-grader a birthday treat for his class. I had just enough time to dash into the store to choose a treat and maybe some little drinks to go along with it.

My newborn had other plans.

Lisbon’s an amazing baby, as I tell her dozens of times every day, and this day was no exception. She decided that it was time to make a mess, so she did. Very thoroughly, clear up her back and through all her clothes. Just as I got her out of her car seat.

I hadn’t brought a change of clothing.

What? You say? Is she crazy not bringing a change? Okay, it’s been a lot of years, and I’d forgotten babies did this. Or maybe I hoped that in the past eight years diapers had gotten better. They haven’t.

I had a choice. Go home without a birthday treat, change the baby and pick up my children, and have to repeat the trip to the store another day (we were already one day late because I’d forgotten, which is understandable seeing as I was busy having a baby). The second option was to change the baby’s diaper, wrap her in her tiny receiving blanket, and run inside.
I chose to go inside because I didn’t know if I’d make it to the store again that week (or out of the house for that matter, and I didn’t want to disappoint my son. I couldn’t just carry Lisbon in the car seat and cover her because she hates her car seat and would cry and fuss and kick that blanket off faster than she can soil a diaper. And though it was warm, I didn’t think people would look too kindly on me taking a nearly naked newborn into the store. (Nearly naked newborn—try saying that five times as fast as you can.)

I chose to go into the store. Using a ton of wipes, I cleaned her up (and up and up) and went into the store. Having only one free hand, I stuck a large box of Oreos in my diaper bag, and carried another one in my hand. The baby struggled, not pleased with being so tightly wrapped, but I managed to keep the blanket on. I paid for the boxes and ran to the car.

Crises averted. I made it home in time to dress her quickly and get to the school. Lisbon was none the worse for wear. She screamed most of the way to the school (did I mention she really hates her car seat?), but we made it in one piece and I was able to soothe her quickly when we arrived.

Fast forward to when Lisbon was six weeks old. I was on a field trip with my daughter’s third grade class to Temple Square. (Yes, I’m one of those paranoid mothers who won’t let her rambunctious eight-year-old go on field trips without her supervision.) They had the great opportunity to talk to the organist there about Bach and to eat lunch before attending a short concert. My husband came along to help me look after the children in our care in case I had to duck out to feed our baby.

Everything went smoothly until the middle of the concert. I sat way in the back all alone so I could nurse the baby with my nifty nursing cover, and as I finished, Lisbon had another incident. She’d soaked her undershirt, her top, and the blanket.

Fortunately, I’d learned from the Macey’s incident, and I had a change of clothing. But I hadn’t seen a bathroom and I had no idea where to go. Plus, I had to help with the children sitting rows in front of me, and I didn’t want to become separated from them or my husband who was sitting with them.

So I did what any experienced mother would do. Forgetting I had a changing pad to lay her on (I never used one with my other six), I set her on her burp cloth and stripped her. Fortunately, it wasn’t cold in the tabernacle, but I can’t say that for the wipes—and I had to use a lot of them to get her clean. My amazing baby didn’t so much as let out one peep as I washed her entire back and changed every stitch of clothing. Rather disconcerting to see a completely naked baby on a bench in the tabernacle, but I since that was the way she was born, I knew it wouldn’t offend anyone looking down on us from heaven.

Using my finely honed mothering skills (actually, I felt like I was all thumbs), I swiftly redressed the baby, leaving off the undershirt as the last song was finishing and Lisbon had a look on her face that told me even she’d had enough.

I finished just as the children came up the aisles. Whew!

Lisbon is now three months old. Needless to say, we have several of these experiences every week, sometimes twice in a day, and once three times, though usually it’s at home. With each adventure, my husband and I just laugh. Hindsight with our six older children (ages 8 to 21) tells us that we are the luckiest two people in the entire world to have the chance to raise one more amazing baby.

2 Responses to “Blowout at the Tabernacle”